Wednesday, November 25, 2015 7:30 PM Tri-Central High School AWAY 55 Tipton High School HOME 67 Game Recap The Trojans fell at Tipton by a final of 67 to 55. The Trojans were led in scoring by Colten Leininger and Dillon Smith with 15 points a piece. Jakoby Mohler followed up with 9 points and 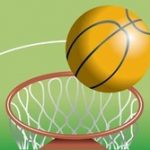 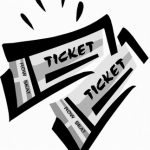 Season Ticket info & prices Season tickets for Boys Basketball will go on sale in the High School Office beginning Tuesday, November 10th. Season tickets are valid for regular season games only and are NOT valid for HHC tournament games nor IHSAA events.  See the above attached sheet for times and prices.

The boys’ basketball team would like to announce a fundraiser for this coming Saturday.  The team has paired with Tipton Ford for the Drive 4 Ur School fundraiser.  On Saturday June 13th from 10:00 a.m. to 3:00 p.m. Tipton Ford will have 8-12 automobiles available for test drives in the Tri-Central student parking lot.  For 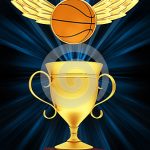 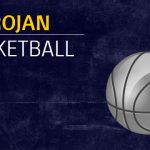 The Tri-Central 6th grade boys finished their season Wednesday night by splitting two games with Taylor. The A-game was won by TC by a score of 33-27.  Scoring was lead by Holden Rayl with 13 followed by 7 from both Mason Pickens and Conner Hindman.  AJ Byrd tossed in 4 and Detlef Burke contributed 2.

Tri-Central stormed back from 27-11 deficit to close within eight points and eventually were defeated 39-27. Jaxson Pickett led the Trojans with nine, Thadius Fleenor had eight, Aaron Holman hit two three pointers for six, and Braxton Young and Will Padgett contributed two. Tri-Central will play their last two games of the season Saturday when

The Tri-Central 6th grade boys traveled to Sheridan on Monday where they split the winnings with the Blackhawks. TC took the first game with a score of 35-17, outscoring Sheridan in all 4 quarters.  Scoring was lead by Mason Pickens and Holden Rayl with 14 apiece while Conner Hindman contributed 4 and AJ Byrd 3.

The TC 6th grade boys dropped two very close games to Galveston Thursday night.  The A-Game score was 30-29 with literally a last second effort just coming up short for the Trojans.  Mason Pickens lead the scoring with 14 followed by Conner Hindman with 9 and Holden Rayl with 6. The B-Game score was 13-10 and

No Events This Week

Events are added by athletic staff.
View All Events